Well things have turned around a bit since my last update and a new fishing rota is in place which means I can get out not once a week but twice. Woooo hoooo good times.
So onto Tuesday’s fishing trip: down the canal. I’d taken the dog for a walk along a stretch of the canal I’d never visited before. This stretch is owned by a local club who charge a very wallet friendly £9 for a yearly pass, or £2.50 for a day pass from the bank. I opted for the latter as I was on a test run to see if the canal was viable for fly fishing. As it turned out there was no bailiff there on the night so I saved my money, and the stretch was great for fly casting as the banks were clear with only a few trees, result!

I could see some fish rising for the evening hatches but they were clearly not the 15lb Carp that the stretch is supposed to hold, but never mind as a fish is a fish is a fish, and it wasn’t long until my small Bibio had its first take. A few were caught, many were missed, but my bite detection and striking had definitely improved for these little fish. They were small Roach and Rudd ranging from 7cm to 12cm, the smallest shown here. Obviously they don’t put up a lot of fight but I like getting these micro catches as much as the still water big trout. 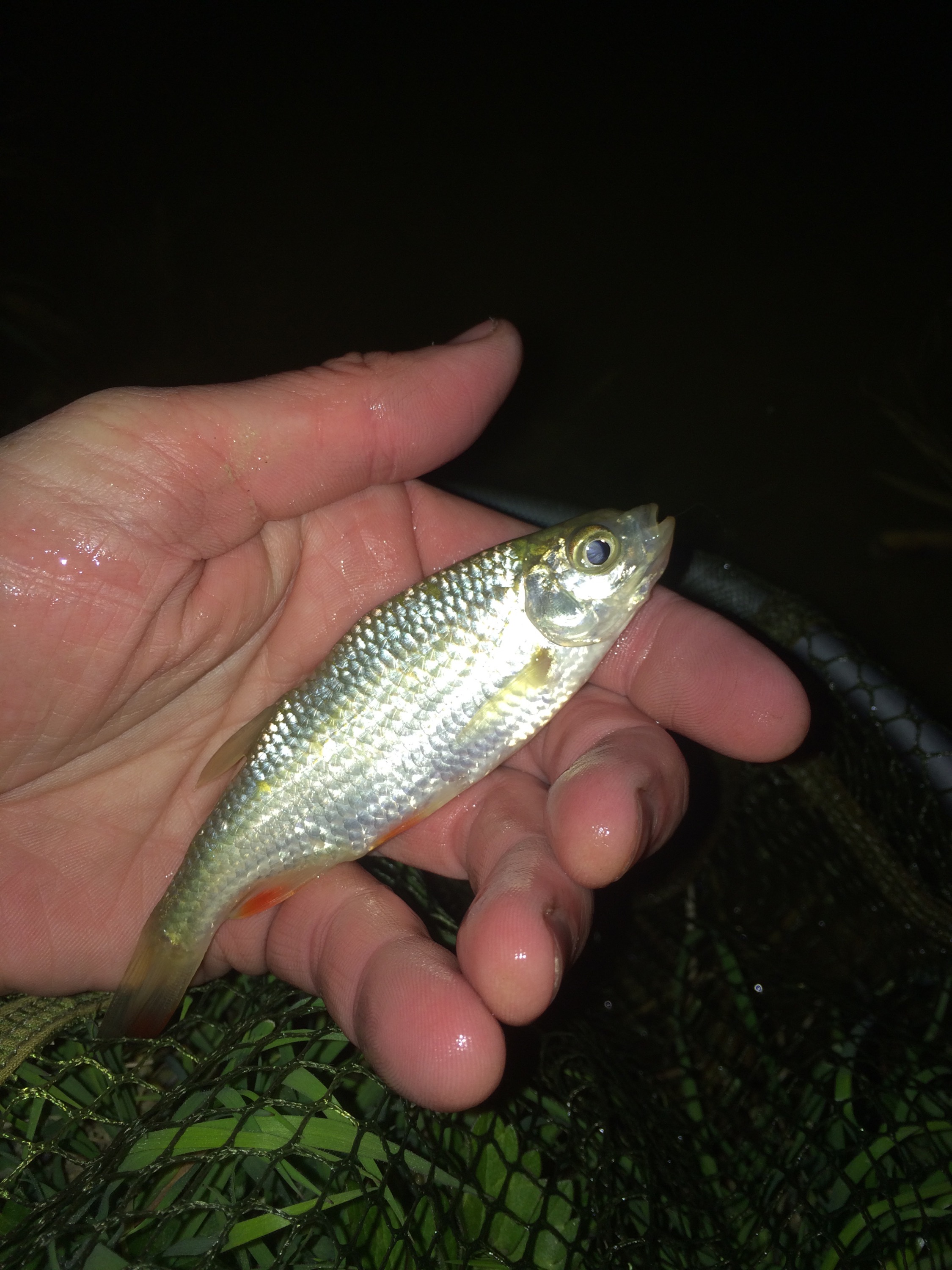 A wee fella from the canal. Micro Rudd, 1oz

Friday night I went to a new small river / brook stretch. As usual there were trees, and as usual the trees kept some of my leader and a couple of my flies. After about an hour of fishing where I waded probably one hundred feet from where I started I found a nice little pool. Something took a nibble on my dry fly early on but it never really took a bite. A few casts later and the dry was lost to a tree, but as I was tying on a wet (hot head scruffy buzzer) there was a little ‘plop’ in the water no more that two feet from me. Ah-ha there are fish here I thought, and they’re taking the p*ss out of me.

A few minutes later and I was hooked into something “holy sh*t it’s a fish” were the words that came out of my very surprised mouth. But what was it? Please be a Brownie but any fish will do. It took a good 30 seconds of playing before I caught a glimpse of it with a flash of its silver belly. What the hell a silver belly? A Rainbow? Wild in this stream, it can’t be can it? And it wasn’t. A few more minutes of playing and I got good look at it … Oh my days it’s a Grayling! Now this is a big deal for me as not only have I never caught one, I’ve never actually seen one apart from photographs. To say I was keen to net it would be a huge understatement. I brought him close to my waiting net hoping to get him in but he had a burst of energy and raced right past my left side turning me through 180 degrees so I let some line run so as not to break him off. He swung left towards the line breaking tree roots and he swung right towards the rod tip grabbing tree branches before passing me again, now I’d done a full 360 turn. Who’s playing who? He took a couple more runs but I kept my cool and got him to the net. Phew what a relief! A moment to unhook the fly and pose for a photo or two and he was ready to go back. It was a great fight from a great fish, and it was great to see him swim of like a bullet ready to live another day. 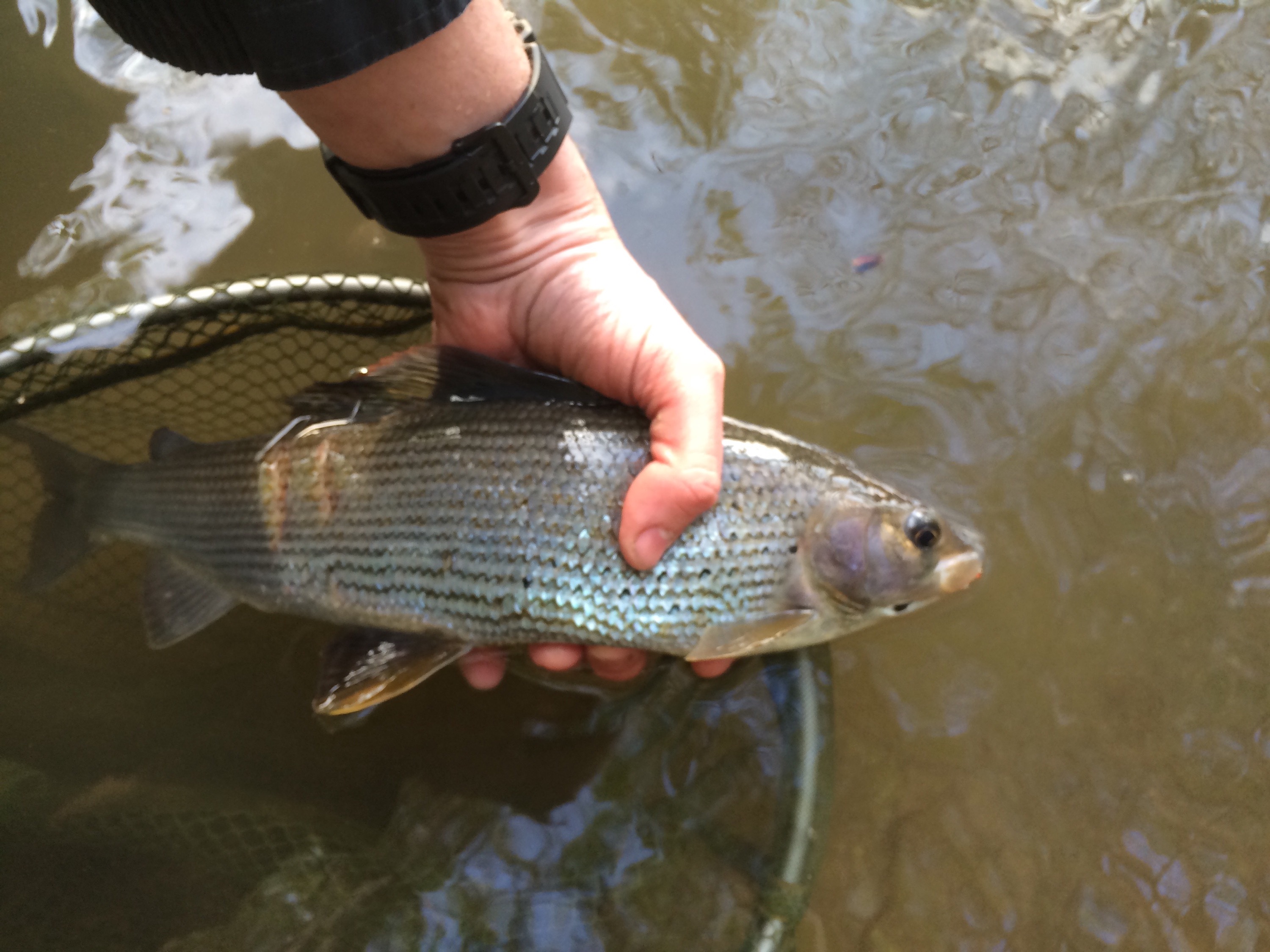 My first ever Grayling, maybe 2lb

Another memorable fish, and a stream I’ll be definitely visiting again. Oh and it’s right next to a pub which is a bonus too. 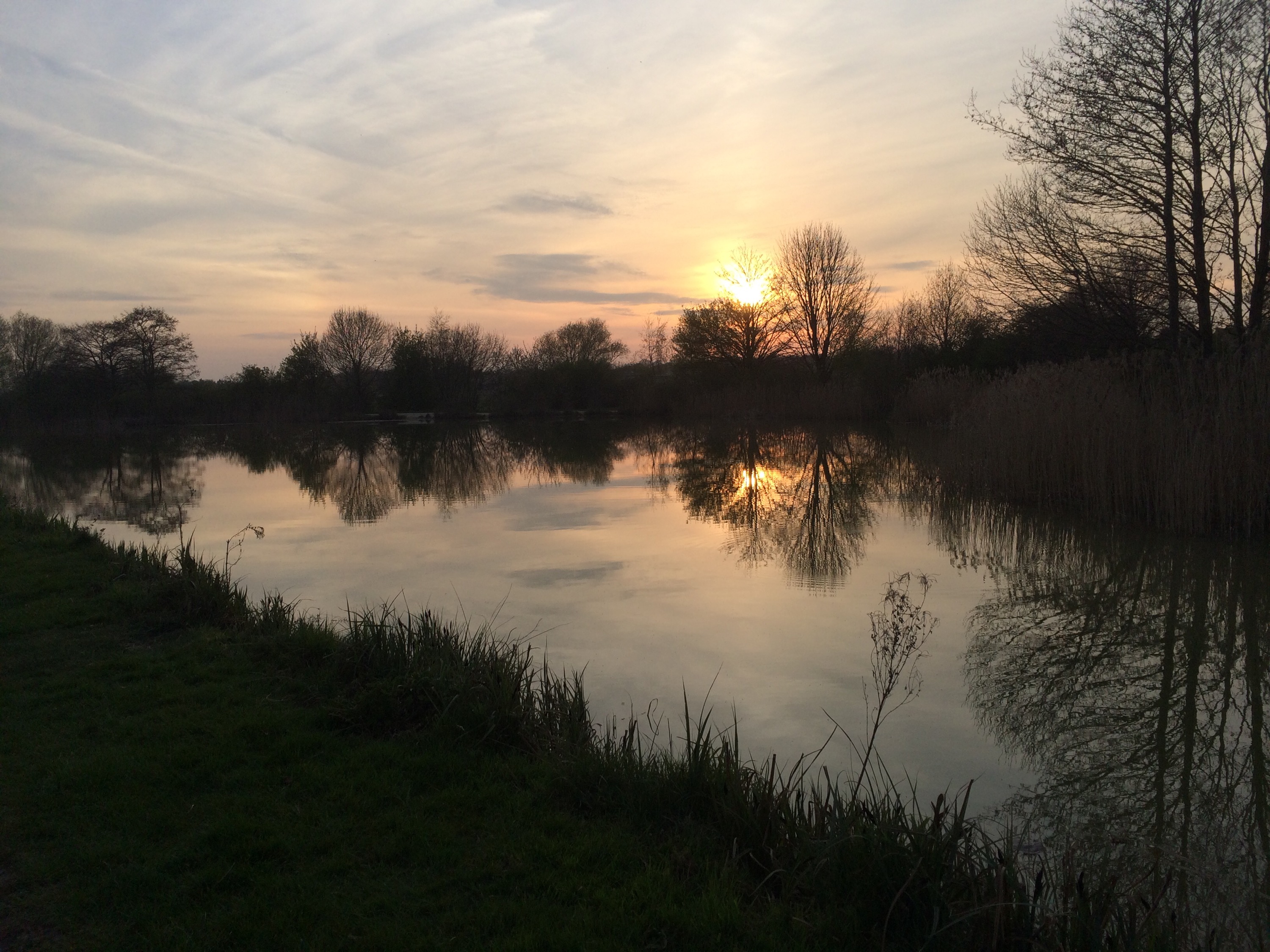 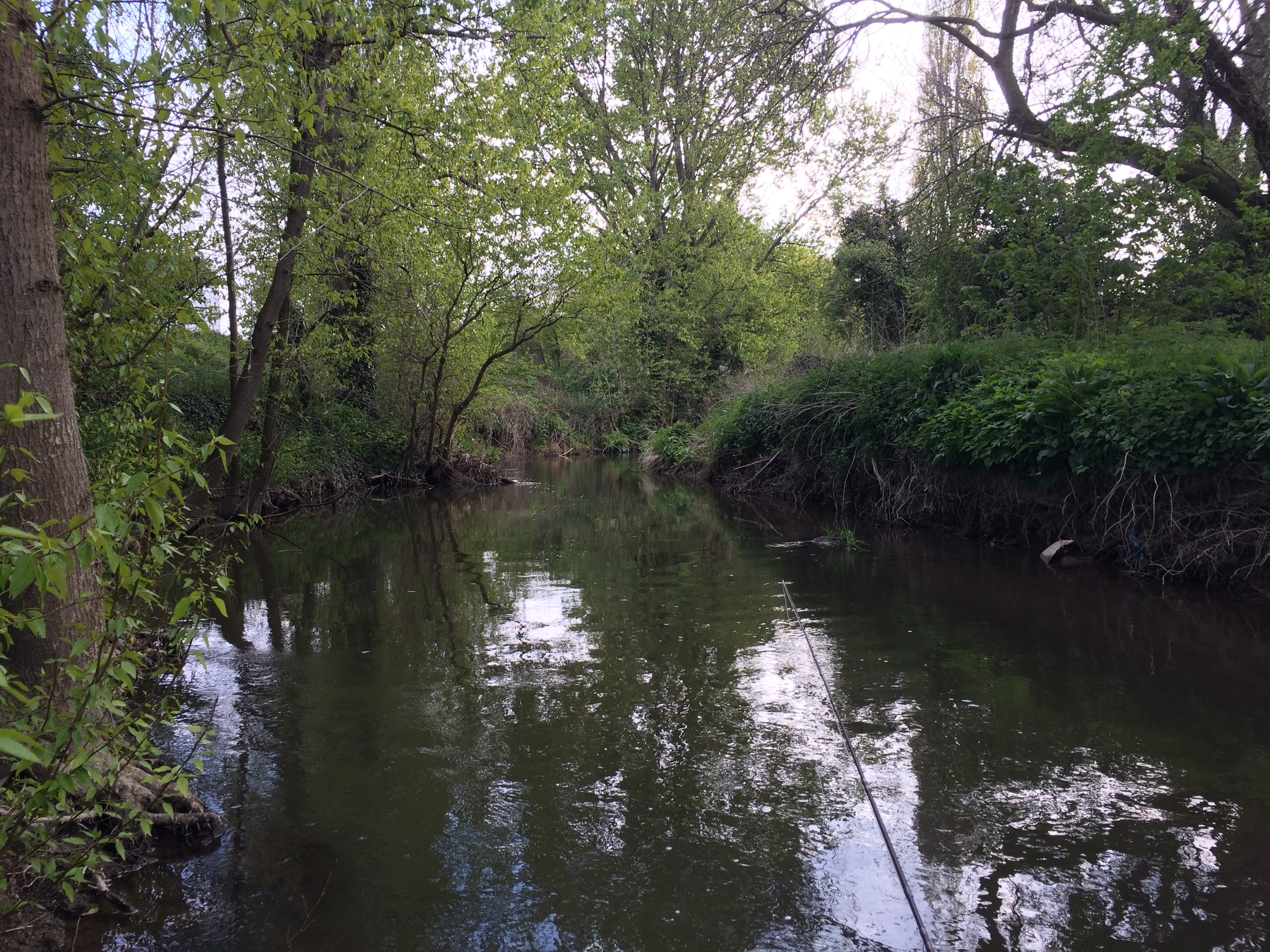